|  2 Comments
Welcome to my “Abby at St. Albert’s” blog!  This is my first foray into the blogger’s world, so please bear with me as I learn the ropes.  My name is Abby Davids, and I’m a fourth year medical student at Ohio State.  I’ll be traveling to St. Albert’s from late March-early May in 2011 to complete a clinical rotation as well as my MPH thesis project.

Darrell and I thought it might be interesting to create a blog of a student’s perspective on global health issues and the challenges and rewards of volunteering abroad.  I’ll also be writing about my experience at St. Albert’s once I’m there.  We hope that this blog will encourage discussion and interest in international health issues from both students and other potential volunteers.

For this first issue, I thought it would be relevant to focus on the global HIV/AIDS pandemic, since this Wednesday, December 1st marks World AIDS Day.  Although many advances have been made in the last several years in terms of the availability of antiretroviral drugs and access to treatment, HIV/AIDS remains a significant health issue for most of the developing world.

World Mapper, a website run as a partnership between the University of Sheffield and the University of Michigan, does a great job of illuminating the burden that the developing world carries when it comes to the HIV/AIDS epidemic.  The first graphic below shows the world map as a function of population; while the second shows the map as a function of HIV/AIDS prevalence.  As you can see, while sub-Saharan Africa has a small percentage of the overall world population, it has, by far, the largest prevalence of HIV/AIDS. 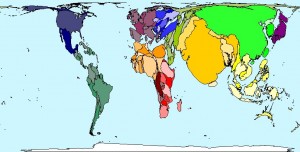 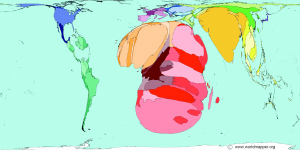 A few statistics from the World Health Organization will give you a better idea of the overall picture: 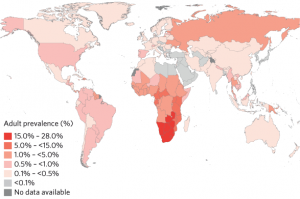 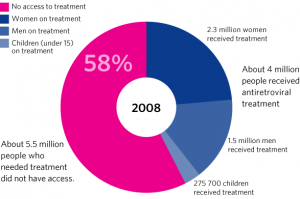 In Zimbabwe, the HIV/AIDS epidemic is particularly severe.  In 2007, Zimbabwe had approximately 1.3 million people living with HIV/AIDS, and 1 million AIDS orphans.  The HIV prevalence rate is approximately 16%, down from a peak of 30% in 1997-1998.

December 1st, was World AIDS Day.  Please take some time this week to reflect on the global pandemic of HIV/AIDS and on what you can do to help.  At St. Albert’s, antiretrovirals are scarce, but available. Dr. Tarira is doing all she can to help fight the epidemic, despite limited resources.  If you are able, please consider making a donation to St. Albert’s in honor of World AIDS Day, by clicking here: https://betterhealthcareforafrica.org/donate/

Thanks for reading, and please check back often for updates!

In peace and solidarity,